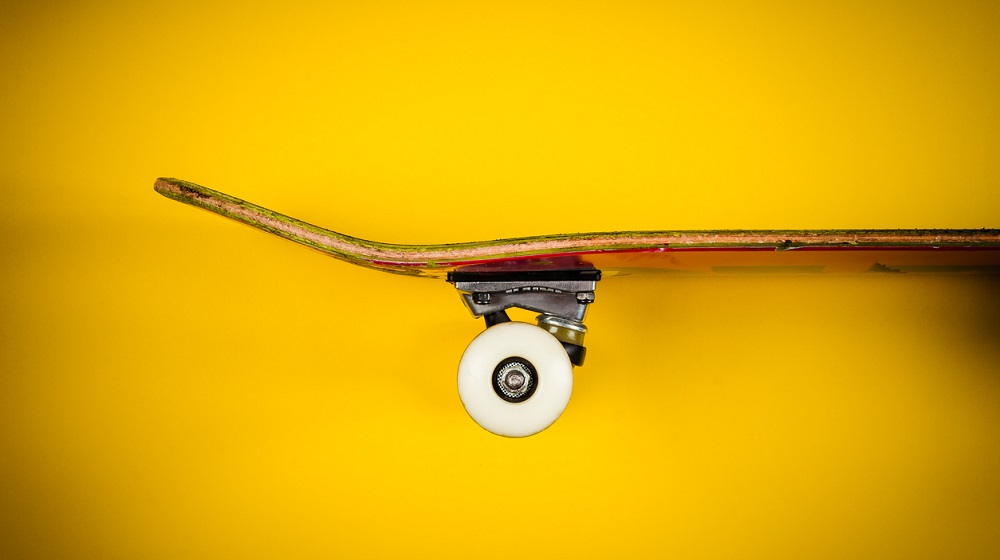 One Virginia principal is shaking up the education game

He stands on lunch tables during school assemblies. He rides a skateboard through the school hallways. He even writes graffiti on classroom walls.

But this isn’t some troublemaker in a stereotypical 80s movie. Students, parents, and staff members at Fred Lynn Middle School in Woodbridge, Virginia see this behavior every day—from their new principal.

Except Hamish Brewer doesn’t see himself as a principal. Instead, he calls himself an “educational disruptor.”

In a recent video profile by Freethink, Brewer, a native New Zealander, says it’s time to push education out of the past.

Fueled by his single-word motto, “relentless,” Brewer and his staff transformed Occoquan Elementary School, also in Virginia’s Prince William County, into a nationally recognized, award-winning school, despite steep obstacles, including a majority low-income student population. As The Washington Post reports, Brewer was named the 2017 National Distinguished Principal by the Virginia Association of Elementary School Principals for his efforts.

This fall, Brewer took his expertise to Fred Lynn Middle School, a school that isn’t currently accredited because of its failure to meet state English and science standards, the Post reports.

At the heart of Brewer’s approach is the belief that authentic student engagement leads to stronger academic success. Brewer believes his own childhood in New Zealand—where he faced poverty and a split family—puts him in a great position to understand his students.

“In schools where you’ve got a lot of diversity and a lot of poverty, often folks don’t always stay. These kids have people revolving in and out of their lives. I have to be the constant. I came here because I want to be here. I want Fred Lynn. I want this school.”

One key to making students’ school experiences as authentic as possible, according to Brewer, is molding the school facility to fit their personalities and their needs, instead of the other way around. The Freethink video shows Brewer spray painting his office wall with a graffiti-style mural of his motto, “Relentless.” Staff also paint the school hallways with the portraits of inspiring historical figures like Martin Luther King, Jr., Steve Jobs, and Gandhi.

Want more on boosting student engagement? Sign up for the TrustED newsletter.

With every move he makes, Brewer hopes to engage, excite, and connect students in ways they’ve never seen before.

Brewer is also exciting his new staff. As one Fred Lynn teacher tells Freethink, “I feel alive again. I feel like, ‘Hey, this is why I became a teacher, was to do cool stuff so we can inspire these kids.”

While riding skateboards through school hallways or spray painting walls may seem like gimmicks, Brewer’s approach is inspiring both students and staff.

The education world too often restricts discussions about school innovation and student engagement to debates over the newest ed-tech offering. But Brewer’s success shows that school leaders also need to innovate how they relate to and inspire students.

For more, check out the full Freethink video below:

What do you think of Brewer’s approach to school leadership? How do you inspire staff members and students to think outside the box? Tell us in the comments.