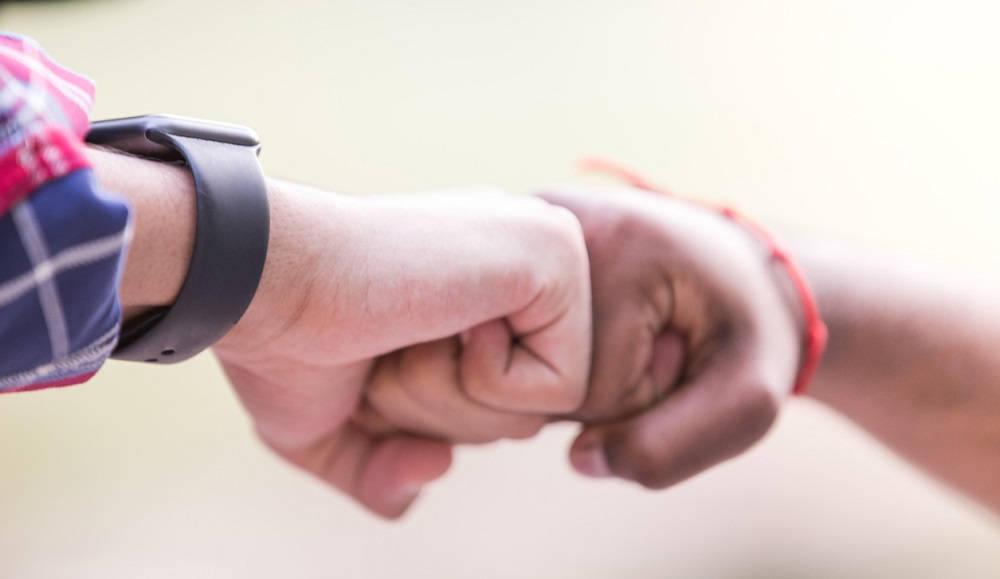 How one teacher empowers students with a handshake

Now that’s what you call a personal touch.

Every day, teacher Barry White, Jr., greets the students of his fifth-grade class with a special handshake.

For White, who teaches at the Charlotte-Mecklenburg Schools in North Carolina, the goal is simple: to engage students by building and earning trust.

“One thing that’s going to stick with them forever is, ‘How did Mr. White treat me when I was in his grade?’ [The handshake] kind of draws them in and once I have them in and have their trust and they’re invested in me, then I can deliver my content.”

In an age where teachers and schools struggle to connect with students, White says the wild handshakes (watch the video below) are a subtle, but effective reminder that every voice counts.

The approach has garnered the young teacher a lot of attention. NBC News recently filmed a segment about him and he was also interviewed by ABC News. He even made an appearance on this’s morning’s Today show.

What do you think of White’s approach? If handshakes aren’t your thing, what steps are you taking to engage students and build their trust? Tell us in the comments.

For more on new ways to engage students, read Why it’s time to rethink class participation.