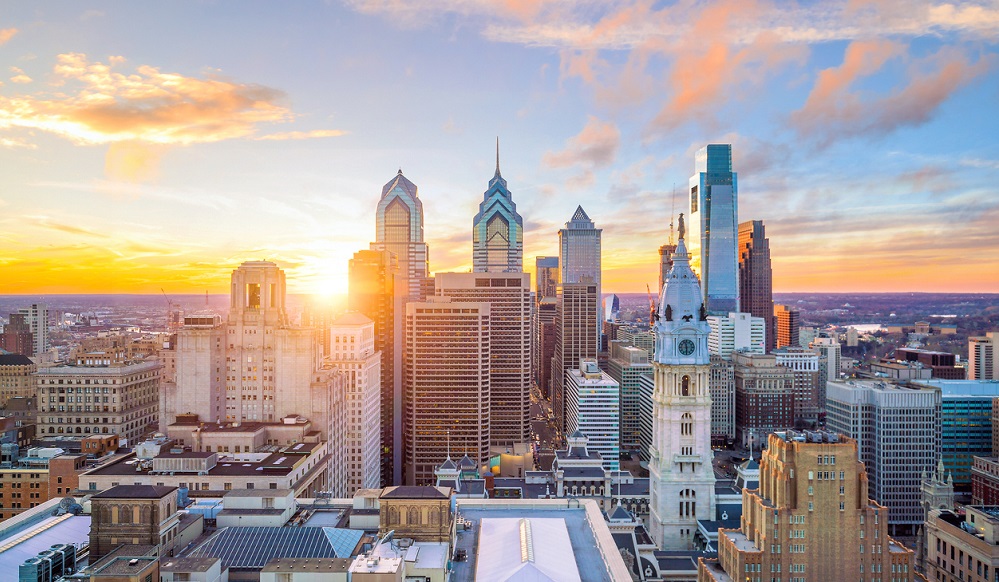 Thousands of school board and district leaders are in Philadelphia to discuss key issues facing their districts, share success stories, and look for solutions to lingering and new challenges.

During the conference we’ll be collecting the best posts, quotes, videos, and more. Make sure to check back throughout the weekend to stay ahead of the conversation.

And for regular updates on the issues facing K-12 schools, be sure to sign up for our TrustEd newsletter. Simply enter your email below.

When it comes to the safety of our children, never, ever give up! @MicheleGay_ at #NSBA19. #NSBA4safeschools pic.twitter.com/cPaC64gFzk

Outgoing NSBA President, Mr. Frank Pugh. A shining example of highest level of integrity, a servant leader sacrificing his own board seat to change his community’s election process for a more equitable one. Thank you for your service & leadership. You inspire us! #nsba19 pic.twitter.com/wzAwwN4agX

School boards, Superintendents, administrators, and teachers, this performing group Vocal Synergy says it best, “This is the voice of all of us”. This message is powerful. Listen and Learn from everyone! #NSBA19 pic.twitter.com/xTriizpTYk

Check out these highlights from Annual Conference in Philadelphia. #NSBA19 https://t.co/sdTDUHQBv7 …

It's Day 3 of Annual Conference but stick around there's still more to come–lessons from the field, research and tools, insights and inspiration. #alwayslearning #NSBA19 https://t.co/MYJsr9x4Lo pic.twitter.com/oNuYRkYMhD

It's our goal, if not our obligation to ensure students graduate high school equipped with the skills they need for college, careers and success in life. #NSBA19 #NSBA4LifeReady https://t.co/KPfTbbVXmh

The audience clearly liked what leaders of national business organizations, members of NSBA’s Commission to Close the Skills Gap, had to say about our new report on providing all high school grads with #LifeReadySkills. #NSBA19 @NSBAPublicEd pic.twitter.com/SiktqQ9q7c

As a public ed superintendent, learning opportunities at national conferences is necessary but prioritizing time to reconnect with friends, mentors, & colleagues is vital to your continued success. #NetworkingMatters #LeadershipMatters #FriendshipsMatter #LeadLearners #NSBA2019 pic.twitter.com/49lFX14c6M

Can you hear the “Rocky” theme in your head? Yo Adrianne, I did it! #NSBA19 pic.twitter.com/338HsxKC0H

@ShaneFeldman #NSBA19. It can be as simple as that… ? pic.twitter.com/SEDsRRPKjk

What do we want our kids to be? @pammoran #nsba19 pic.twitter.com/2nzeMAyE4E

Did you know, that some school districts in our country have mariachi bands? This morning I had the pleasure of experiencing a performance by the award winning Mariachi Juvenil Azteca Edcouch from the Edcouch-Elsa Independent School District in Edcouch-Elsa, TX. AMAZING! #NSBA19 pic.twitter.com/dxTLh7rjne

“The health and well being of kids is more important than GPA or test scores. And it’s up to us to make that happen.” -Chris Gaines @paddlingsupt #NSBA19 pic.twitter.com/SlEPUM5EFr

“The outcome wasn’t what I planned for but it was what I wanted,” NSBA President @frank_pugh explaining he supported efforts to make his school board more diverse, and lost his own seat as a result. #selflessleadership #NSBA19 @NSBAPublicEd pic.twitter.com/GmGMU7VjpP

#NSBA19 Johnny C. Taylor Jr., President and Chief Executive of the Society for Human Resource Management, and product of our public schools, gives a rousing talk on the future of work and the opportunities of the next generation. pic.twitter.com/PiiljfgLAo

We’re feeling the love at #NSBA19 in Phillie and have a big day ahead starting with opening General Session at 10 am ET featuring @JohnnyCTaylorJr. pic.twitter.com/nKK2RSh957

View from the stage at #nsba19 pic.twitter.com/9lbuE7T5Ai

The National School Boards Assoc conf has a Music and #ArtsEd section thanks to @NAMMFoundation @VH1SaveTheMusic and @littlekidsrock. #NSBA19 pic.twitter.com/5u1AXWw1Ej

Angela Davis speaking to the Council for Urban Boards of Education #NSBA19 pic.twitter.com/7UoJKMcYzT

Some of favorite moments of the #NSBA conferences are the lunch convenings with similar districts.

Today, we are at the Council of Urban Boards of Education (CUBE) luncheon. Our speaker is the legendary Angela Davis!#NSBA19#D86Hope#Joliet https://t.co/lSRaJ0p8ah

I ran into a great partner of @NYSchoolSupts at #NSBA2019. @K12Insight says hello to all their New York friends. pic.twitter.com/xDQpoF2Pvd

Public schools are the jewels of our country. Public education is not just many kids best chance-for many it’s their only chance. If you’re in education, you’re in the miracle business. @SirKenRobinson at #NSBA19. pic.twitter.com/Uhq02Y0Adc

.@MorceaseBeasley you would have been extremely proud of your @CCPSNews scholars performing at the @NSBAPublicEd Conference. They were simply amazing! #nsba19 pic.twitter.com/TTaD4mv553

Locally governed public schools have led to incredible innovation and that’s ensured that our schools meet the needs of the people they serve. – @Tom_NSBA at #NSBA19 pic.twitter.com/aNN4xi8TST

The @pgcps Board of Education is with 7,000 public school leaders & education experts in Philly. Student achievement & accountability, governance, innovation, equity and more is on the agenda. We opened with outstanding student performers from Philly and GA. #NSBA19 pic.twitter.com/AsOnFXybDx