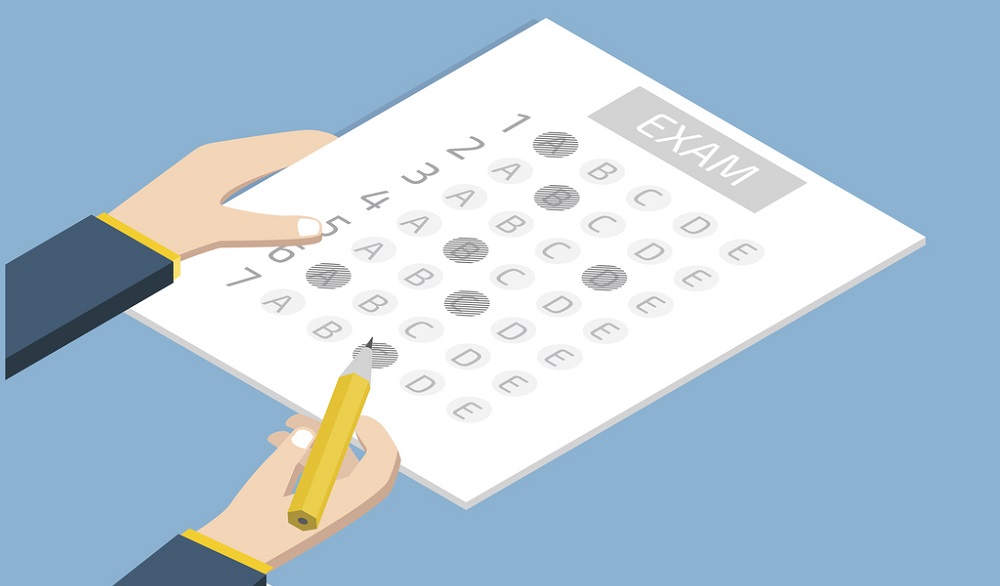 It’s standardized testing season in America. As education professor and thought leader Scott McLeod points out, a lot of effort goes into encouraging students to do well on these tests. But does any of it really benefit learning?

Over the past few decades, the political stakes attached to standardized testing have accelerated. So, too, have teachers’ and administrators’ concerns about their schools’ test scores.

As a result, there now exists a staggering range of “motivations” to get students in a positive mindset about testing. A search for “test prep rally” on YouTube returns over 250 videos of school plays, lip synced songs, and Slam the Exam concerts. On Pinterest and at Teachers Pay Teachers, educators can download and attach candy to over 40 different motivational phrases, such as You were MINT to succeed, or You’re a STARBURST of knowledge, or It’s CRUNCH time. Show what you know! At Minds in Bloom, schools can get tips about costuming, audience participation, songs, dances, cheers, jokes, skits, videos, and slide presentation decks to form and host their own test-prep rallies.

More troublesome still are the post-test “celebrations of learning” that are available only to certain children. Some school districts reward students who show up for every testing day and “try their hardest” (one can only imagine how that is measured), despite state laws that allow students to opt out of state testing without penalty. As Alfie Kohn reminded us long ago, the withholding of a reward is most certainly a punishment, particularly in the eyes of young children. Is it kind and sensible for educators to preclude from the fun those children who exercised their legally protected rights?

I know of a school in Iowa that kept half a dozen of its 800 students back from a planned field trip to the video game / bowling / laser tag arena because the principal felt that those students hadn’t given their best effort on state exams. Do you think that those students learned their lesson or that they will try harder next year? Or will they merely be resentful and see the punishment as yet another example of their school’s lack of support for their learning?

Who does it benefit, really?

The justification in all of these cases is that the tests are important, that the schools can face potential penalties for poor performance or lack of participation, and that students need to take the assessments more seriously. But how seriously should students take them? After all, our children don’t get any noticeable, tangible benefits from these exams. It’s not as if they can get the questions afterward, see what they missed, get timely feedback on how they did, and get learning assistance from their teachers. Instead they receive a meaningless-to-them set of numbers, bar charts, and percentile rankings, usually four to six months after the fact, and typically in their next year of schooling when it’s much too late to be helpful. If they attempt to discuss in any way the test questions and how they think they should have solved them, they get branded as cheaters and rule breakers. Perhaps worse, testing windows are artificial events that get inserted into—and usually disrupt the pacing and flow of—the school year. These same tests also often suck up school computers and Internet bandwidth for weeks on end, taking away student’s technology-enriched learning opportunities.

Let’s face it, these assessments are rarely seen by children as a natural outgrowth of their learning. Instead, they are high pressure, high stress activities that are forced upon them by their school systems. These tests are for adults, plain and simple. And while some students might be eager to please their teachers or “help out” their schools, it’s hard to argue with those who weigh differently where they want to place their time, effort, energy, and attention.

As states and districts hopefully begin to move away from such rigid standardized testing under the Every Student Succeeds Act and other policy changes, they’ll have to take a hard look at how they assess their schools’ and their students’ progress. After all, if we have to bribe or punish our students into taking exams, isn’t that a sign that we need more meaningful assessments?

Scott McLeod is a contributor to TrustED. The opinions expressed in this piece are his own.