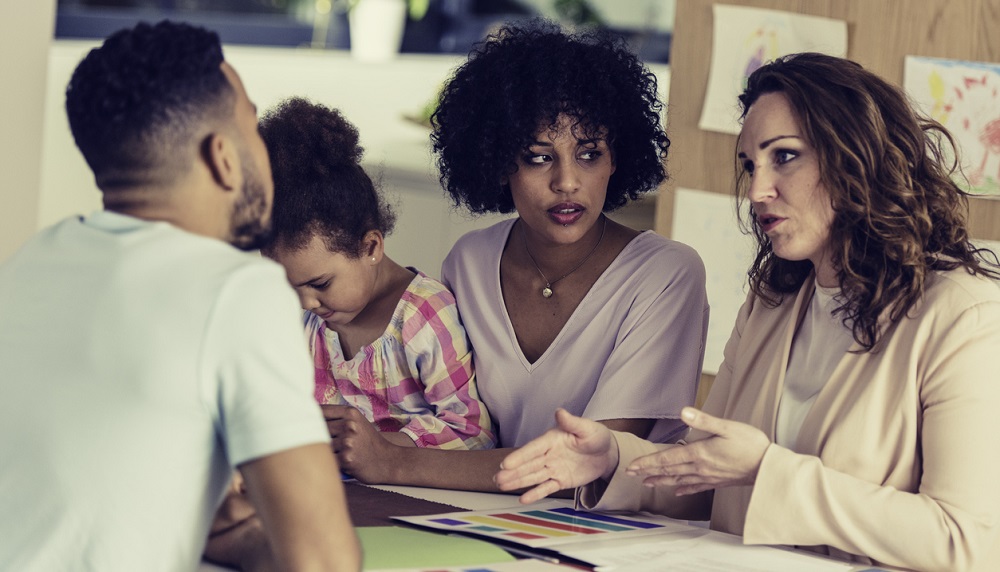 “Parents—we need to establish our voice. I think that’s what’s missing in the educational system. Who knows what’s best for our children, other than us?”

Paul Lumpkin is a father of two students at Springfield Public Schools in Massachusetts—and a stalwart advocate of teacher home visits.

Once a skeptic of teacher home visits, Lumpkin was convinced by his daughter’s elementary school teacher Marguerite Foster Franklin of the importance of the district’s teacher visiting program, according to a recent Education Week video.

During their first visit, Franklin asked Lumpkin what his hopes and dreams were for his children’s education. It was something he admittedly had never previously considered.

Slowly, Lumpkin tells Education Week, the teacher home visit process became a transformative one. He says his daughter became a better student as he developed a more trusting, collaborative relationship with his daughter’s teacher.

Looking for ways to improve customer service in your school district? Sign up for the TrustED newsletter.

“She went from a student who you had to poke and prod a little bit to–she wouldn’t shut up in class. She was now volunteering. She was now proactive.  She was really engaging.”

The transformation Lumpkin saw in both himself and his children led him to advocate for schools improving their relationships with parents. He now travels the country as an advocate for teacher home visit programs.

For more on the story of Mr. Lumpkin and his children, check out Education Week’s full video below:

School leaders and educators have long known the power of strong parent-school relationships. But, identifying the resources and buy-in to build those relationships remains a major challenge in many districts.

As school competition heats up, the ability to foster trusted relationships with parents becomes increasingly critical. But teacher home visits are just one arrow in a school district’s quiver.

With an increasing number of easy-to-use tools and solutions at schools’ disposal, the question isn’t how districts can build constructive bonds with parents and students, it’s whether they have the will and the vision to pursue those relationships.

Does your school or district have a teacher home visit program in place? What other strategies do you use to build stronger relationships with parents? Tell us in the comments.