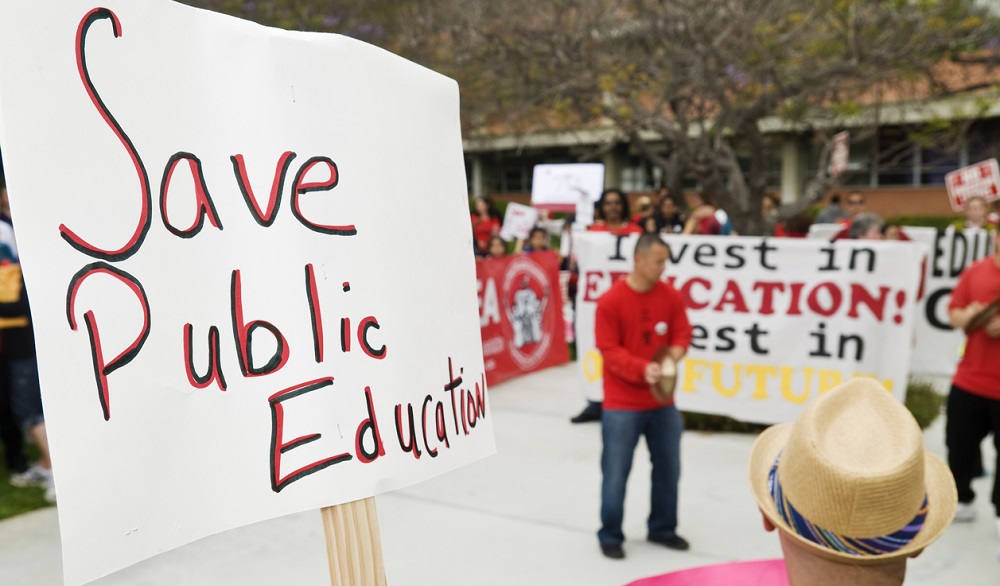 AZ expanded education savings accounts. Protests ensued. But is there a better way?

In a press conference and rally at the Arizona capitol, the group Save Our Schools Arizona announced it would gather signatures for a formal referendum in next year’s election, the Arizona Republic reports.

As Beth Lewis, one of the group’s founders, said at Monday’s rally:

“As a teacher and a mom of two students who are about to go to public school, I am so concerned about the state of education in Arizona. The ESA issue is the straw that broke the camel’s back. And we don’t have any choice but to start fighting for what’s right.”

Education Savings Accounts, or ESAs, are government-authorized savings accounts that allow parents to use funding traditionally earmarked for K12 education for other education-related services, such as private school tuition, tutoring, online learning, and more.

The rally in Arizona is the latest in a string of protests by public school advocates who say choice is diluting public education, and making it hard for public schools to provide a consistently high-quality product.

While protests make for great headlines, the events have led some educators to question the public vs. private rhetoric currently sweeping the nation.

Rather than pit public schools against competing alternatives, former school district superintendent Dr. Gerald Dawkins says school leaders would do better to embrace the competition, and resolve to make their schools the first choice for students and families.

“That means giving people a reason to stay, and constantly adding value to help your school stand out from the competition.”

Dawkins says school leaders in any school—public, charter, or private—need to be laser focused on engaging students, parents, and employees to ensure their respective institutions are constantly improving and continuously innovating.

Elsewhere, local and national groups, such as the National School Boards Association (NSBA), have taken a more positive spin in efforts to bolster support for public education. NSBA’s recently relaunched Stand Up 4 Public Schools campaign uses real testimonials to show the value of public education in the lives of everyday students.

Are you facing challenges related to school choice in your district? What steps are you taking to help your schools rise above the fray? Tell us in the comments.