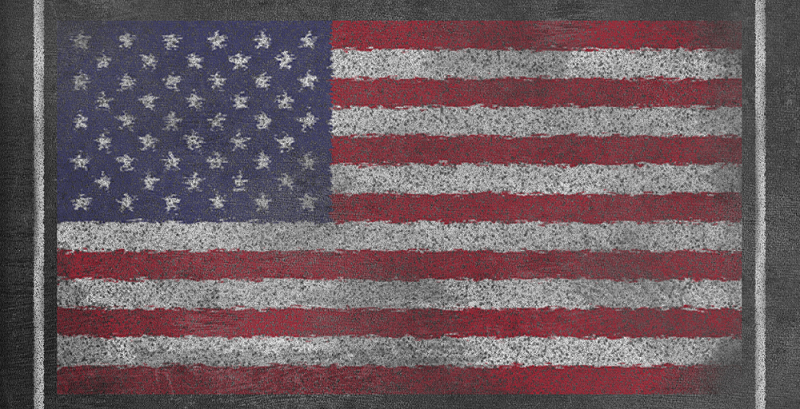 The American ideals that will save our schools

Long dubbed The Land of Opportunity, the United States has faced its share of academic and economic reality checks in recent years.

If you saw the recent PISA results (Need a refresher? More about those here.), you know the U.S. education system trails several countries in core academic metrics.

Flagging results have prompted national education leaders and other experts to look to better-performing countries for inspiration.

In a recent article for The Atlantic, Timothy D. Walker talked with several teachers now teaching in America who started their careers in Finland, one of the top-performing countries on this year’s PISA exams.

For many experts, one of the biggest downsides of No Child Left Behind’s emphasis on accountability and standards was the subsequent standardization of America’s classrooms.

Rather than giving teachers the freedom to develop and adapt curricula, the recently defunct law instead forced districts to dictate what and how teachers teach, all but eliminating the possibility for creativity.

One former Finnish teacher said the lack of autonomy she encountered in U.S. classrooms lessened her sense of passion for the profession. And she’s not alone.

Between 2003 and 2012, the percentage of teachers who said they don’t have autonomy over their classes spiked by nearly 10 percent, according to Walker, who cites a report from the National Center for Education Statistics.

Given that autonomy is closely linked to teacher satisfaction and retention, the research suggests it might be time for states and schools alike to rethink the power (or lack thereof) that teachers are provided to develop their own lessons.

Several of the Finnish teachers Walker interviewed said the biggest difference between schools in Finland and the United States was a lack of trust between teachers and administrators.

Teacher Kristiina Chartouni describes the feeling of being constantly “under a microscope” in her Tennessee school.

In Finland, she says, “I wanted to do my best all the time, because they trusted my skills and abilities.” In America, Chartouni is more concerned about meeting standards and administration expectations than excelling.

In many ways, this feeling of mistrust goes hand-in-hand with a lack of autonomy.

It all ties to a dwindling enthusiasm for the teaching profession in general. That lack of enthusiasm, in turn, reduces the size of the teacher hiring pool, explains Marc Tucker, president and CEO of the National Center on Education and the Economy.

To Tucker, education reform will only happen when America’s schools make an “enormous investment” toward broadening and improving America’s teacher pool.

Finnish teachers say one of the most stifling parts of the American education system is its hyper-rigid schedule, which leaves little time for professional reflection or innovation.

While Finnish schools generally give teachers and students a 15-minute break for every hour of lessons, teachers in America are lucky to get even a short breather during planning periods.

As Satu Muja, another former Finnish teacher and current teacher in Maryland explains, “I feel rushed, nothing gets done properly; there is very little joy, and no time for reflection or creative thinking (in order to create meaningful activities for students).”

Add a lack of trust and little creative freedom, and it’s not hard to see why America’s education system has been criticized for failing to keep pace with the world’s more innovative nations.

How do you encourage innovation and passion in your classrooms? Tell us in the comments.

For more about how American schools stack up, don’t miss The good, the bad, and the important questions raised by the recent PISA results.