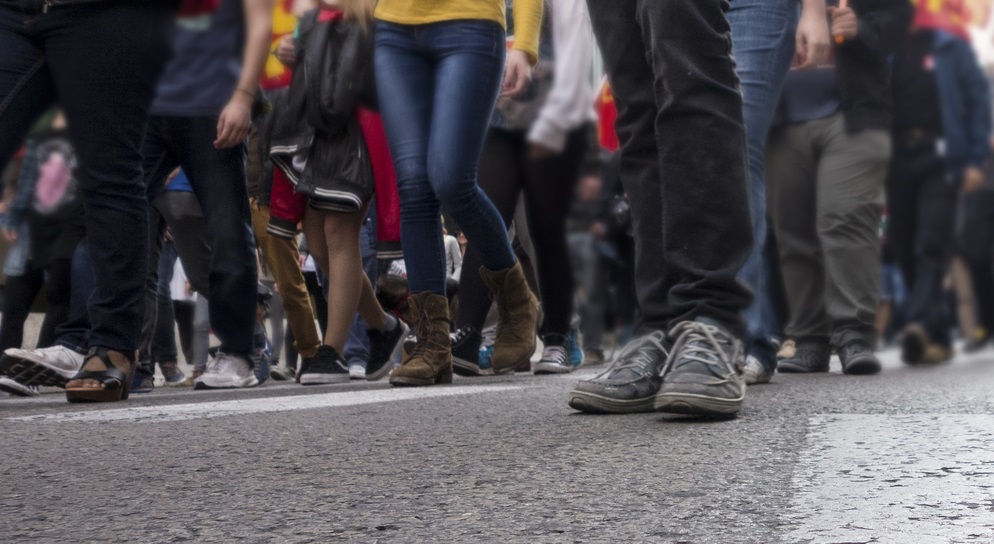 Just the start? What student walkouts mean for the future of school safety

No matter your politics, everyone can agree that yesterday’s national student walkout was an unusual, if not impressive, display of the organizing power of America’s K-12 students.

As students left classrooms to honor those lost in the Marjory Stoneman Douglas High School shooting in Parkland, Fla. and to support improved mental health and gun safety legislation, they demonstrated a level of passion and civic engagement not often displayed in schools.

Yesterday’s events were likely just the beginning. With more demonstrations planned, student organizers are intent on keeping school gun violence at the forefront of the national conversation.

Schools will have an important role to play in this conversation.

“Our students want and deserve a voice in school safety. They know their fellow classmates better than anyone. They have their ears to the ground. That’s why it’s important to give them a safe way to report potential problems—whether it be something they overheard in the hallway, or a post on social media.”

As students walked out of classrooms, school district leaders were forced to confront a difficult paradox: By allowing students to protest in favor of safety, were they complicit in compromising critical school safety protocols?

Reactions from school leaders to yesterday’s protests varied widely throughout the country–from threats of suspensions to unexcused absences to organized alternative programs to full and total support.

For more on tackling the issue of school gun violence, sign up for the TrustED newsletter.

So incredibly proud of Lafayette and the Lexington community for standing up. We will not be silenced. We will unite and make change #lovegenerally #marchforourlives pic.twitter.com/FGyGFHWnNq

This morning #myIPS students showed a POWERFUL display of solidarity with survivors of the mass shooting that occurred one month ago at Marjory Stoneman Douglas High School. Students at @IPS_CFI #2 laid down to recognize the 17 that were murdered that day. #NationalWalkoutDay pic.twitter.com/W4YgMhTFMa

All people deserve a safe place to learn and work to do their best thinking, learning and leading. The youth of today are going to change the world for the better! Take this opportunity to guide & support them in this effort. This is relevant learning! #WeAreRUSD @RowlandSchools pic.twitter.com/ihIQFmS6g8

But is a protest without consequences really a protest?

Writing for the 74, national education thought leader and blogger Andrew Rotherham questioned whether school and student collaboration on the walkouts diluted the event’s national impact:

Looking for schools to lead the way on a student protest by making it consequence-free before young people decide to participate is exactly backward. The consequence should follow the act; otherwise, it’s theater. Reasonable people can disagree on the appropriate consequences, and their severity, for a protest like this. One Texas school district initially said three days of out-of-school suspension, which seems excessive. But we should applaud treating this as a real protest rather than a school activity and planning consequences accordingly. Any punishments need not be draconian and could be creative. Why not use any suspension for projects on the history of civil disobedience — Gandhi or King — or a book report on Emerson or Thoreau?

Rotherham goes on to ask whether yesterday’s demonstrations open the floodgates for students to protest in support of other political positions. He raises some interesting points about how sanctioning student activism might affect students’ understanding of free speech and the political process.

Last week, Florida signed into law the first major legislation, on any level, that addresses the school gun violence threat. That law was at least in part a result of demonstrations by Florida students and survivors of the Parkland shooting–several of whom helped organize yesterday’s national protests.

Time will tell whether yesterday’s or future protests spur lawmakers in other states to pass similar legislation. In the meantime, it’s up to school leaders to ensure students and staff are safe.

In a poll of K-12 educators about school gun violence conducted by the National Education Association, 61 percent of teachers said they were somewhat or very worried that a mass shooting could happen at their school.

Parents are concerned too. A study published last summer in the Journal of Community Health found that nearly one-third of K-12 parents believed their child’s school was more than likely to experience gun violence in the next three years.

Bringing students, parents, and staff into the school safety conversation signals to them that you’re listening, that you have their safety in mind, and that they have a voice in important school decisions.

How did your school or district react to yesterday’s walkout? Are you currently working with students and parents to improve safety or communication in your schools? Tell us in the comments.