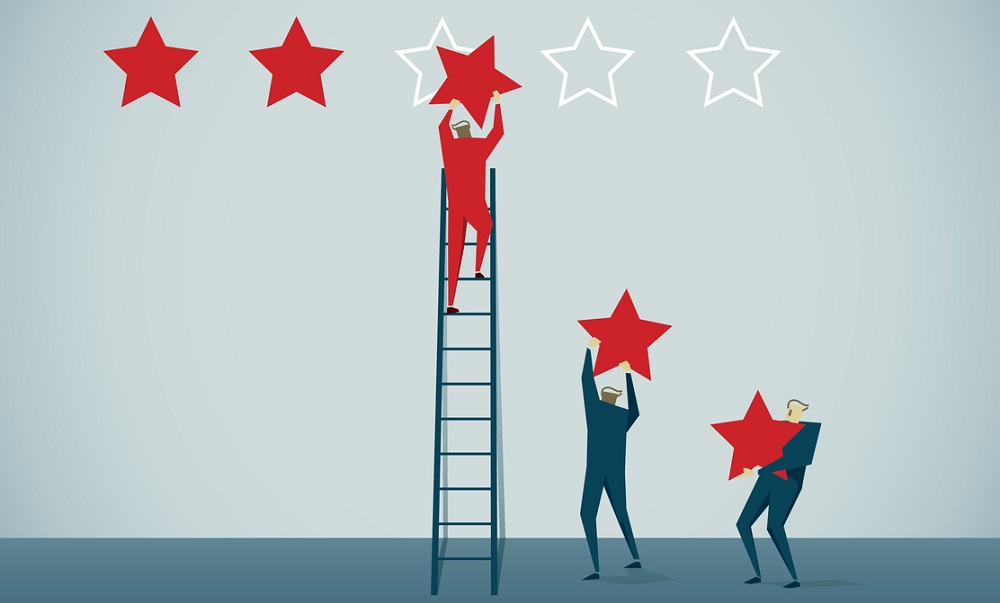 A new study released this week finds that high school grade point averages (GPA) are on the rise. But that doesn’t necessarily mean students are performing better in school.

Instead, authors Michael Hurwitz, senior director at the College Board, and Jason Lee, a researcher at the University of Georgia, attribute the GPA rise to “grade inflation,” the tendency for schools to liberally assign higher grades to students.

The researchers note that while GPA’s have increased in the last two decades—the average GPA went from 3.27 to 3.38 between 1998 and 2016—SAT scores have actually fallen. They therefore conclude that the rise in average GPAs shouldn’t be attributed to better student knowledge or achievement.

What’s even more concerning, as Scott Jaschik reports in Inside Higher ED, grade inflation seems to be concentrated the most in schools that serve primarily wealthier, white students, putting poor and minority students at a disadvantage when it comes to college admissions and scholarship opportunities.

Caveat: We should note, as Jaschik does, that the findings have been called into question due to Hurwitz’s role at the College Board, which publishes the SAT test. Critics say it’s possible the study was produced to trump up the importance of the SAT in college admissions.

Either way, the findings highlight an ongoing and complicated conversation among educators about the value of letter grades and how schools and districts can make them more equitable.

While Hurwitz and Lee say the major issue with traditional letter grading comes down to the number of high grades issued, many school district leaders question what constitutes a high compared to a low letter grade.

As the Washington Post reports, several school districts have recently approved policies that require teachers to give students no less than a 50 percent on an assignment, provided they at least attempt to complete the work. Large districts, such as Fairfax County in Virginia and Prince George’s County in Maryland, are just two of the school systems that have implemented the new approach.

Supporters of this approach argue that handing out a zero on any assignment makes it extremely difficult for a student to recover. For many at-risk students, failing just one class increases the likelihood that the student will eventually drop out of school.

Opponents of the approach say it takes away an important measure for teachers to hold students accountable, and could lead to students “gaming” the system, assuming they figure out the minimum amount of work they have to do to pass a class, even if they don’t fully comprehend the subject matter.

Sam Hedenberg, a teacher at a Fairfax County high school, tells the Washington Post that he sees both sides of the argument. “It definitely provides that opportunity for a kid to catch up,” he says. But, “many students have already started to figure out that they don’t have to do very much but they can still pass.”

Other school districts are making the bold decision to eliminate the A-F grading structure entirely.

At Sanborn High School in New Hampshire, teachers assess student’s competencies in key areas rather than assign grades, as Public Radio International reports.  Students are labeled simply “proficient” or “not proficient” in academic competencies. The hook? They have until the end of the school year to learn whether they’ve been deemed proficient.

Other schools, including several prestigious private academies, are taking the approach even further by developing detailed report cards that list the various skills students have learned in different subjects, reports Catherine Rampell in the Washington Post.

As D. Scott Looney, chair of the Mastery Transcript Consortium which champions this new “mastery” approach, tells the Post:

“People are nonstandard. They grow and evolve in the world in nonstandard ways. Distilling that down to a simple common number like a GPA shaves off a lot of humanity in that journey.”

While alternative grading systems might work in schools with more advantaged students, experts say they could put poorer students, especially higher achieving ones, at a disadvantage, Rampell says. “Obfuscating distinctions—whether through grade inflation or grade elimination—helps students in schools where average achievement is high and hurts those where that average is low.”

A, B, C, and D seems so simple when you say it out loud, but it’s obviously much more complicated than that.

Are you exploring new or revised grading structures in your schools? Tell us about them in the comments.