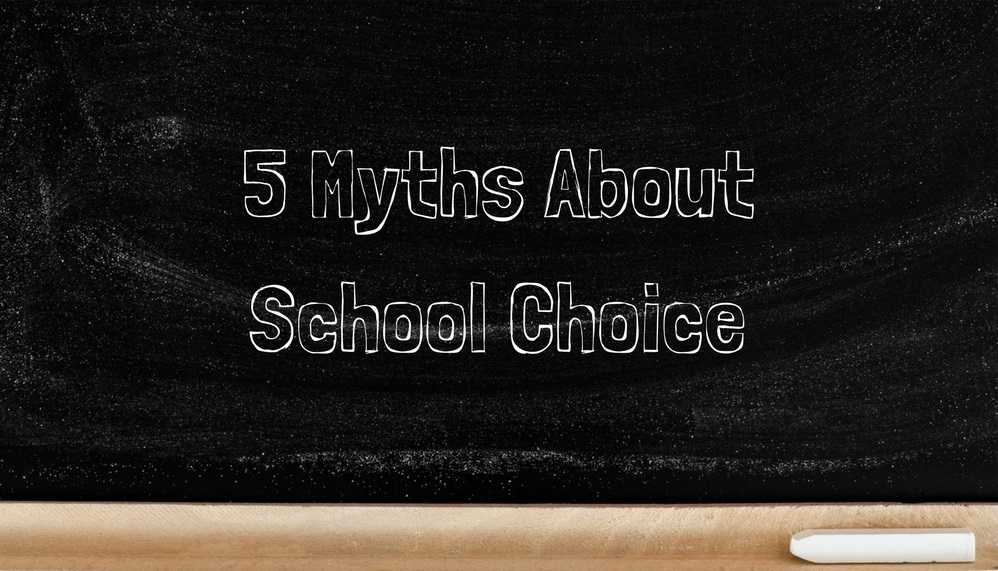 During a town hall meeting in early April, President Trump called public schools “a very rough situation” and their performance statistics “horrific.” This perspective has been echoed by his Secretary of Education, Betsy DeVos, who has dubbed some public schools a “dead end.” In response to these criticisms, the president’s proposed budget slashes Department of Education funding by $9.2 billion, cutting funds for after-school programs and teacher training.

Education reformers like DeVos paint a picture of a broken system, one that needs to be overhauled completely. Their suggested overhaul comes in the form of school choice—expanding public funding for charter and private school attendance. While cutting the education budget by 13.5 percent, President Trump added $1.4 billion to expand vouchers for charter and private schools.

But the perception that public schools are failing and that charter schools are the simple solution does not comport with facts. As Jack Schneider reported in his Atlantic piece America’s Not-So-Broken Education System, contrary to popular belief, American public schools have been improving steadily for decades. Instead of facts, certain persistent myths have managed to sneak in and influence the school-choice conversation.

Here, we debunk five of those myths.

FACT: Statistics show that there is no meaningful difference in academic outcomes between charter schools and public schools. It’s a common refrain among some choice advocates: Public schools are less effective at producing well-educated pupils than charter schools. But recent research does not support this claim. Multiple studies by the Center for Research on Education Outcomes (CREDO) reveal that differences in math and reading achievement between public and charter school students are negligible. The New York Daily News found that one percent fewer charter school students achieved proficiency in English in comparison to their public school counterparts. Other studies by institutions like Mathematica Policy Research and American Economic Journal show that while charters benefit low-income students in urban areas, they negatively impact students who aren’t poor.

MYTH #2: Public schools are failing, and the numbers prove it.

FACT: Statistics show that public schools have been slowly and steadily improving for decades. A quick Google search yields an abundance of clickbait headlines with the words “American education” and “failure” in them. However, these articles mostly rely on outliers and apples-to-oranges comparisons to generate their doom and gloom. In reality, over the past 40 years, test scores in reading and mathematics are up nationwide, as much as 25 percent for some groups. While the United States does trail some countries, America scores right on par with the UK, Spain, and France, for example. The number of American high school students that go to college is at an all-time high, and better teacher training has dramatically improved the classroom environment. As Schneider reports, we’re a long way from the days when “some mayor’s half-drunk illiterate uncle was hired to teach twelfth-grade English.”

FACT: Academic differences are rarely the sole reason that families choose to leave. While some charter schools are undoubtedly better academically than some public schools (and vice versa), and parents have every right to choose the better of the two, it turns out that decisions to switch are often not rooted solely in academics. In the fall of 2016, the Alief Independent School District in Texas, which serves some 47,000 students, estimated that 2 percent of its enrollment left for charter schools, despite the district’s strong academic record. District leaders doubled down on quality teaching and learning while working to improve the overall customer experience. Less than two years later, many of the families who left the district had returned. Across the country, an increasing number of school leaders confirm that the decision to leave a district is often emotional and, while academics might factor into such a decision, they are hardly the only reason that families leave. The overall school experience, including how parents and families perceive the district and its willingness to listen to their concerns, matters big time.

FACT: Choice does create competition. But, in some cases, it can also hurt public schools by gutting their budgets and stymying their growth. Any motivation provided by competition from charter schools is outweighed by the loss of resources they cause. The LA Unified School District, the second-largest school system in the nation, loses millions in per pupil funding per year due to charters. In Michigan, school districts have lost an estimated 22 percent of their funding due to pressure from charter schools, according to recent reports. The loss has left Michigan public education in a state of “extreme fiscal distress,” said one researcher whose comments from an interview on the topic appeared in the Washington Post.

FACT: Minority communities are increasingly questioning the role of school choice. Though many minority communities support school choice, that’s changing. Last year, both the NAACP and Black Lives Matter took firm positions against charter schools, calling for a moratorium on new ones opening in black communities. They believe that charter schools, usually run by outsiders, disrupt the natural development of the communities and say some charters operate in a “missionary-like” manner. “The push to improve academic achievement has led to black schools being closed, black teachers losing their jobs and being devalued,” Howard Fuller, a former superintendent of Milwaukee schools told Education Week. “It’s not possible for this type of change to occur and for there not to be division.”

School choice is a concept that’s here to stay. It’s hard to argue the inherent benefits of a family’s ability to choose the brand of education that best suits the needs of the individual child. But myths such as the ones outlined above only serve to further escalate the “us versus them” rhetoric that pervades the national conversation on school choice. By setting the record straight here and elsewhere, the hope is that we can move the conversation forward, from charter versus public to what’s best for students and families.

Have you been forced to confront any of these myths in your school or district? What steps are your schools taking to stay competitive in the age of choice? Tell us in the comments.