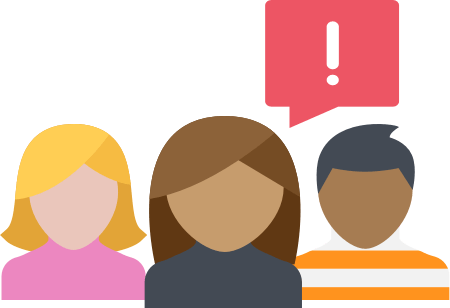 Graduation rates are up from coast to coast. New approaches to teaching and learning are moving the needle on student engagement and there is a palpable sense of energy in our hallways and classrooms.

By all accounts, this is good news. But the classroom isn’t the only place where great school leaders are choosing to focus their attention. As school choice and vouchers inject newfound competition into the K12 landscape, innovative educators are realizing they need to win both the hearts and the minds of parents and families. That, or risk losing students and the money that follows them.

Look no further than Austin, Texas.

Faced with declining enrollments and a shrinking budget due to school choice, school board members for the Austin Independent School District made the decision to invest $850,000 in a district-wide marketing campaign intended to recruit erstwhile families back to the district.

Controversy was not unexpected.

Critics panned the idea. School board members wrestled publicly with it. The thought of earmarking nearly $1 million for a marketing campaign—and during a budget crisis no less—was antithetical to everything they knew and understood about the virtues of public school spending. When times get tough, the thinking goes, put the money back into the classroom.

“Was it a gamble to appropriate dollars to marketing? Yes. Did we struggle with the decision? Yes. But ultimately, we consented,” wrote Julie Cowan, secretary of the Austin ISD school board and president of the Central Texas School Board Association in an op-ed in the Austin American Statesman.

And good thing they did, too.

By Cowan’s math, the campaign contributed to a swing of 548 students and their families returning to the district. At an estimated funding clip of $7,500 per student, back-of-the-napkin math works out to $4 million toward the district’s overall operational budget, or an increase of nearly $3 million.

If someone told you that a dollar spent for your schools could equal three dollars earned, would you do it? You’d at least think about it.

Don’t get me wrong. I’m not suggesting you earmark $1 million in next year’s operating budget for clever billboards and advertising slogans. The good news: There are equally effective—and much less expensive—ways to capture the hearts and minds of families in the age of school choice.

While many educators once dismissed the idea of school customer service—“We don’t have customers,” they would say—school choice has made customer service a hot topic of conversation in many schools.

Research shows that the decision to choose out of a public school often has more to do with the experiences of parents than it does the experiences of their children. While great teaching and learning is at the heart of every school, evidence is mounting that quality academics aren’t enough to keep families enrolled and engaged.

Negative branding shaped by years of negative perceptions, many of these attributable to poor customer experiences—unresponsiveness, lack of transparency, and top-down bureaucratic decision-making, to name a few—has parents, and not their children, in search of schools that are committed to listening and attending to their needs.

The old “do more with less” mentality, coupled with a fresh round of budget cuts, hasn’t exactly helped. While for-profit charters are rolling out the red carpet, stamping postcards, buying television ads and promoting rock concerts to woo disenchanted families, no one could blame public school leaders for feeling like the underdog.

But I’m not a glass half-empty thinker. And I suspect many K12 public school leaders aren’t either. This is not a profession that caters to pessimists.

Despite the deep pockets of many for-profit charters and other alternatives, you can make the argument that public schools still hold an advantage over the competition.

Public schools still boast the best, most experienced teachers. In most cases, their curricula are proven and evolving. They already have the relationships. In many cases, these amount to deep, unshakeable bonds that span generations.

What our great public schools have to do now is find a better way to tell their story, to champion the good work they are already doing, and give parents and families a reason to feel good about their future—both inside the classroom and out. Increasingly, that story is being told one customer relationship at a time.