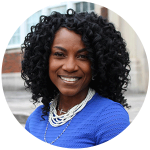 As the former assistant superintendent for curriculum and instruction for the Tuscaloosa City Schools in Alabama, Avis Williams spent a lot of time thinking about education—specifically, what the district was doing—or not doing—to prepare students for their future.

As part of a strategic plan focused on transparency and accountability, the district uses K12 Insight’s Let’s Talk! to invite 24/7 feedback from students and parents on district policies and programs.

Williams was at a school district meeting when she received an alert on her smartphone via Let’s Talk!. A student enrolled in several Advanced Placement (AP) courses had a concern about the district’s existing policy around AP testing.

The student took exception with language in the district’s AP policy. As written, the policy stated that students had to take (and pay for) AP exams to receive an extra point on their GPA.

While the student did plan to take several AP exams, she did not plan to take an exam for each of the five AP courses for which she was enrolled. She said the exams were cost prohibitive for her family. She did not think it was fair for students who could afford to pay for the exams to receive credit, while those who took the courses but chose not to pay for the exams would get no credit.

Her point: as written, the policy essentially allowed students who could afford it to pay for a higher GPA.

“The thing that I appreciated most about this particular situation was that it was a student—and that she nailed it,” says Williams. “She laid it on the line as to why we needed to take a hard look at how we were awarding or not awarding credit for our AP classes.”

Having reviewed the student’s concern, TCS Superintendent Dr. Michael Daria sent a timely response promising to review the policy. Williams also met with the student at school to speak with her about the issue.

With their investigation concluded, and with AP testing deadlines looming, the school system asked the board to move quickly to amend its existing policy. It took less than two weeks, from the time Williams received the student’s concern to the time the board voted unanimously to amend the policy, for the change to take effect.

Williams says the feedback that school districts receive through Let’s Talk! can help them look objectively at how they communicate with students and parents.

“We’re deeply entrenched in this work. Then we get this feedback. Sometimes it sort of awakens us, to say maybe we didn’t communicate that well. Or maybe we need to do this different next time,” she says.

It all comes back to the district’s strategic commitment to be more accountable and transparent.

“We want to make sure that our stakeholders are involved and that they feel heard and that we are responsible to their questions and concerns,” says Williams. “In the event there is something that we thought we did well, but it turns out we didn’t, it gives us the opportunity to do a better job.”

Want to learn more about how TCS uses Let’s Talk! to invite student and community feedback on critical school system decisions and policies? Looking for a way to improve student voice in your schools? Sign up for a free demo and consult here or contact your strategic account executive.

NOTE: In the time since this story was posted, Dr. Avis Williams became superintendent at Selma City Schools, also in Alabama.