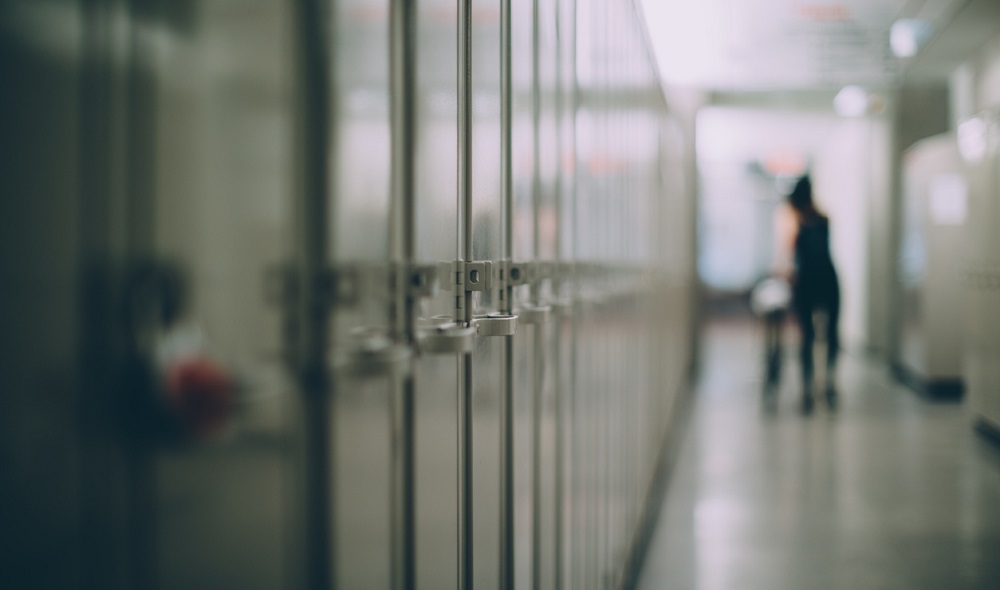 New video: School gun violence doesn’t have to be inevitable

It’s hard to be shocked these days.

The overwhelming whirl of news and content and media that flies by everyday leaves us seemingly numb to things we shouldn’t be numb to–like violence.

And even when videos or news stories go “viral,” that steady stream of content often washes away public attention before real, in-depth conversations can happen.

A new video released just this week by school gun violence advocacy organization Sandy Hook Promise is truly shocking. Not because of flashy effects, or gratuitous gore or violence, but because of how real it is–and how closely it hits home for K-12 students, parents, educators, and school leaders.

Warning: The video contains imagery that may be disturbing for some.

The video starts out innocently as a commercial for back-to-school supplies. One student shows shows us his new backpack as he closes his locker.

Pretty quickly, though, we realize this isn’t your normal commercial.

Now, it’s clear something is wrong: The school is under attack from a gunman. And while students continue to “show off” their new supplies, they use them in ways they should never have to. One student uses a skateboard to shatter a window and escape. Another uses a  shirt to keep a door closed. Socks are used as turniquettes. Scissors and colored pencils are deployed as defensive tools.

Finally, we see a young girl hiding in a bathroom stall. After texting “I love you Mom,” through tears she tells us, “I finally got my own phone to keep in touch with my mom.” In the background, we hear a door open and footsteps. The young girl is terrified. Cut to black.

“It’s back to school and you know what that means,” the screen reads, acknowledging the overwhelming feeling of inevitability around school gun violence.

Instead, the video leaves us with a simple message: “School shootings are preventable if you know the signs.”

A simple sentence, with an empowering message: School shootings don’t have to be inevitable.

By deepening the roots between schools and communities, educating students, parents, teachers, and others to recognize important warning signs, and giving stakeholders safer and faster tools to report potential threats, schools can start to stem the tide.

As Dr. Nora Carr, chief of staff for Guilford County Schools in Greensboro, NC, wrote last year in the wake of a string of school gun violence:

What we haven’t done enough of is educate students, staff, parents, and elected officials about what really works–and what doesn’t–when it comes to improving school security and safety. We also haven’t spent enough time focusing on what truly keeps kids safe: trusting relationships with adults and positive, nurturing school climates that make social-emotional learning a priority.”

As you discuss this video with colleagues and community members, don’t focus on the shock value; instead use the opportunity to start a conversation about enacting positive change.