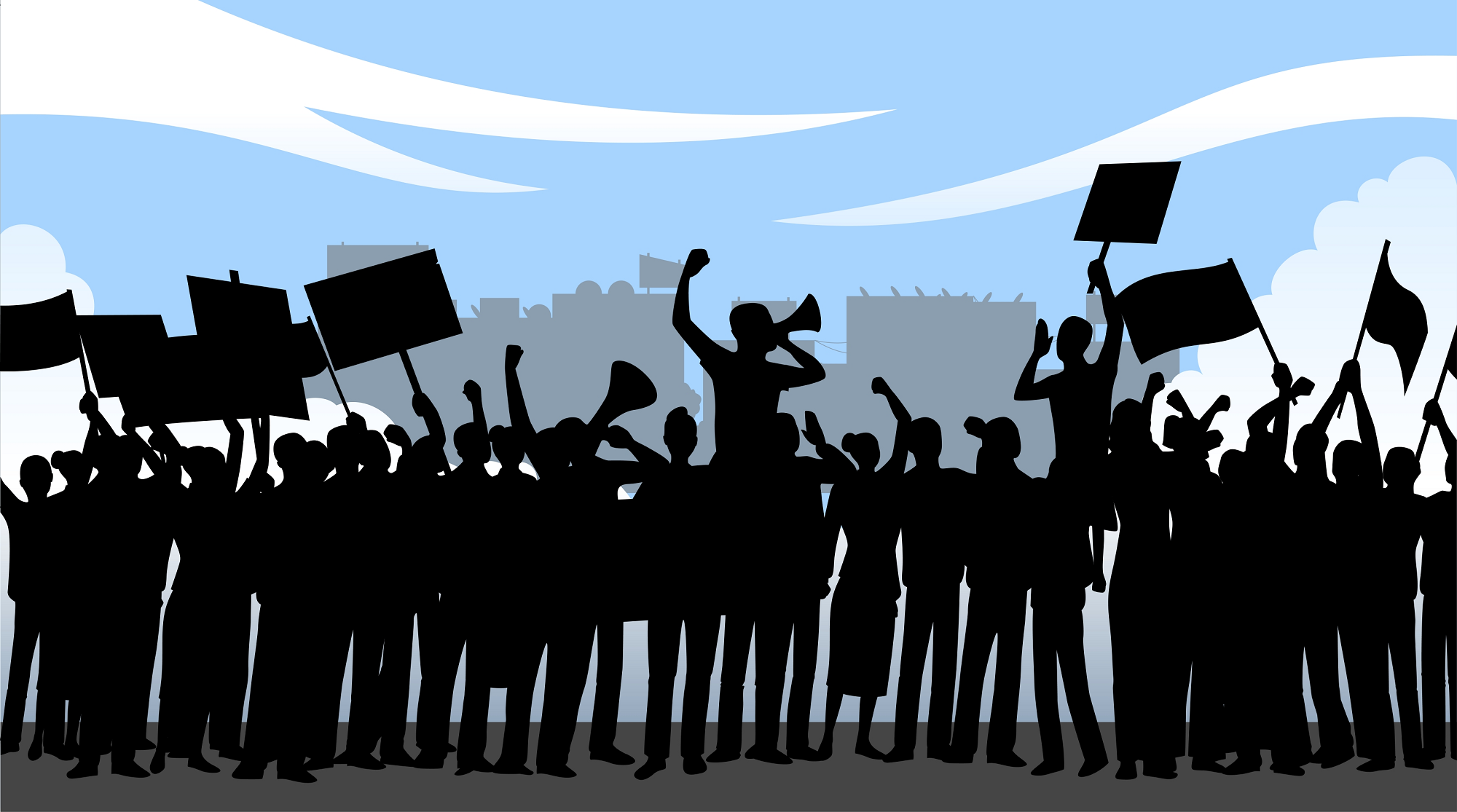 Nearly 500 students walked out of five area high schools in Silver Spring, Maryland, yesterday. The protest marked another in a litany of student demonstrations nationwide since the surprise election of Donald J. Trump as the next president of the United States.

From race relations to immigration to education, the young protesters in Maryland literally “took to the streets” to voice concerns. Local police blocked off roads as students marched.

The protests in Maryland and other places are not an anomaly. Immediately following Trump’s victory, demonstrations ignited in major American cities from Washington. D.C. to New York to Chicago to Denver to Portland to Los Angeles.

By Thursday, nearly 4,000 students from 16 different Los Angeles County high schools had walked out of class in protest, according to the L.A. Times.

L.A. Unified Public Schools Superintendent Michelle King told the Times that she encourages students to voice their opinions on campus when class is not in session. But students decided to make their voices heard during the school day.

Not all of the protests are anti-Trump. Sadly, they also have not all been peaceful.

In Michigan, a video that showed students chanting “build that wall” went viral. Students in other schools have reported feeling intimidated or threatened, either because of their race or immigration status, since the election.

Regardless of your political leanings, it’s important to acknowledge these realities—and to understand what’s driving them, especially as we head toward Inauguration Day.

The power of student voice

Some school districts have tried to get ahead of the problem.

On Friday, the Denver Post reported that nearly 700 students left campus in protest.

Denver Public Schools spokesman Will Jones told the Post that many students chose not to take advantage of support that the district was offering:

“Student leaders were very vocal saying they wanted to protest. We encouraged all our kids to have their voices heard on campus. We had supports in place so that if they had something positive or negative to say, they didn’t hold anything in. Some of our kids took advantage, and for some that was enough. Some wanted to make sure their voices were heard through a walkout.”

How to keep the peace

With so much confusion and anger in local communities, on both sides of the political aisle, the fervor is likely to get worse before it gets better.

Our schools need to become safe havens—places where students can ask questions and responsibly voice their concerns absent fear or intimidation.

As President-elect Trump unveils his plans for his first 100 days and beyond, are your schools actively taking steps to ensure that students can responsibly make their voices heard—and that they feel safe doing so?

Take advantage of this time to encourage students and families to talk about their concerns and to engage in dialogue that is constructive, not hurtful.

That might mean holding community meetings to address student and parent concerns. It might mean rewriting lesson plans to focus on current events. Or, it might mean giving students an outlet to ask questions, either online or in-person, without fear of recrimination or intimidation.

What steps have your schools taken to allay concerns, or to spur dialogue, in the wake of the election? Tell us in the comments.

For more about the election—and what the outcome could mean for your schools, read 3 big education questions for President Trump.